GUILT: How To Tame the Monster

You know the feeling.  That dark, heavy, gloomy feeling called “guilt” that settles over your heart when things just aren’t what you want them to be.  If guilt were a badge that could be worn, it would be standard issue for adult children who care for aging parents. In order to do a good job as a caregiver, one must learn how to manage guilt.  Guilt was once a merciless dictator over my life.  As I’ve struggled to tame my out-of-control guilt, I’ve picked up a few pointers that help me keep the monster in its cage:

1)  Refuse to allow guilt that is based on unrealistic expectations.  Perfectionism is the ideal breeding ground for guilt.  There are days I start to feel guilty for not having a perfectly kept house.  My reality involves a full time job, a husband, three children, (one of them age three,) and a busy schedule.  My perfectionism tells me my home should be ready for Better Homes and Gardens all the time, but my reality means that there just isn’t time in every day to get every single toy picked up and every speck of dirt wiped away.  My guilt over the house is based on an unrealistic expectation! Many children who are caring for their parents allow unrealistic expectations to add to their burden of guilt.  You may not make it to every doctor appointment.  You may deal with lost keys, lost medicine, or an agitated parent.  It’s unrealistic to expect an older person to accept every change with no learning curve.  When guilt creeps up on you, ask yourself if you’ve imposed an unrealistic expectation.

2)  Turn away guilt based on situations beyond your control.  Many adult children feel tremendous guilt when caring for a parent.  A common theme I see is guilt is based on things that are completely out of the child’s control.  A daughter feels extremely guilty that she must take the car keys from her dad.  But dad’s dementia wasn’t caused by the daughter.  Why should she feel guilty for something she didn’t cause?  None of us can control the onset of cancer or Parkinson’s disease.  We can’t influence the outcome of a surgery or stop the behavior of a wayward sibling.  Yes, there will be grief over such losses, but guilt doesn’t have to be part of the equation.

3)  Know when to say “enough.”  Ever heard the expression “Sometimes the juice ain’t worth the squeeze.”?  Caregivers are the kind of people that go above and beyond.  There are times, however, when extra efforts yield so little results that a caregiver ends up feeling frustrated for nothing.  It’s a nice idea for mom to attend an exercise class.  But if she doesn’t enjoy the class, if it’s like pulling teeth to get her there, and causes arguments between you, it may not be worth your while. Saying “enough” to the things that drain you will free you up to do a better job with the things that actually yield a good reward.

4)  Don’t entertain guilt based on what you see in other people’s lives.  How many times have I heaved a guilty sigh when I compare myself to someone thinner, more active, more educated, or more “together” than I?  There is one major flaw with that line of thinking:  I don’t know the REAL story.  I have a quote taped to my computer monitor that says “The reason we struggle with insecurity is because we compare our behind-the-scenes with everyone else’s highlight reel.” –Steve Furtick.  Some people seem to have it all together.  You may be tempted to feel guilty when you see someone else build a mother-in-law apartment and move their parent in.  You may feel shamed by the apparent tirelessness of someone who taxis her parents to every doctor visit and cooks them gourmet meals every night.  Remember, however, that if you could see the “behind-the-scenes” you may find the situation is not as healthy as it appears.  Don’t allow yourself to feel guilty since you don’t know all the facts.

5)  Know the good purpose for the feeling of guilt and how to use it properly.  Sometimes, guilt is a natural result of mistakes we make.  Guilt is that little red flag to tell me something went wrong.  Once I discover feelings of guilt over an error on my part, the next steps in a healthy process would be to admit my mistake, seek forgiveness, make reasonable restitution, and move on to do better next time.  What I’ve found, however, is that most of us have no idea how to deal with healthy guilt in a healthy way.  I hate to think of the time I’ve wasted making up excuses, rationalizing my behavior, blaming someone else, and avoiding the people I’ve wronged, all because I wouldn’t just recognize, admit, deal with, and move past reasonable feelings of guilt.  Seldom-used phrases like “I’m sorry.” “I was wrong.” and “Please forgive me,” are much less painful than the emotional acrobatics we attempt as we try to dodge guilt through excuses, manipulation, or avoidance.  If you have a good command of healthy guilt and how to deal with it, you can more easily keep unhealthy guilt OUT of your life.

If left unchecked, feelings of guilt can overwhelm us, overshadow our happy times, cause us to pack our schedules with “should-do’s,” and downright steal all the joy out of caregiving.  With a little thought, a generous dose of reality, and a dash of courage, we can learn to keep the monster of guilt from wreaking havoc in our lives.

Is simply downsizing the only move to consider? Is it the right solution for you? Weigh your options. Consider what your underlying reasons are to 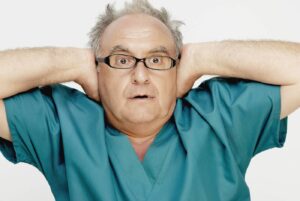 I am Not Ready!

“No way am I moving! I have only fallen three times.” “I am not ready” – it sounds like a mantra. But I am not just

Enter your email address to subscribe to this blog and receive notifications of new posts by email.

St. Francis Villa has key leadership with 100+ years of experience in assisted living! Experience is important, not only to help to determine the right fit, but also in the experience required to provide appropriate senior living care once that move is made and as one “ages in place”. There’s no better way than a personal visit to really experience St. Francis Villa. Schedule your tour today! 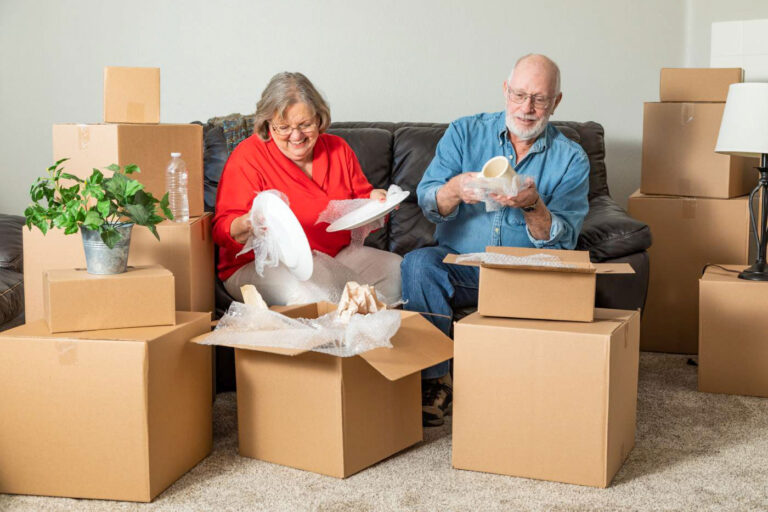 Tips & Options to Consider When Helping Aging Parents Downsize Their Home or Furnishings
Is simply downsizing the only move to consider? Is it the right solution for you? Weigh your options. Consider what your underlying reasons are to make such a difficult move ... 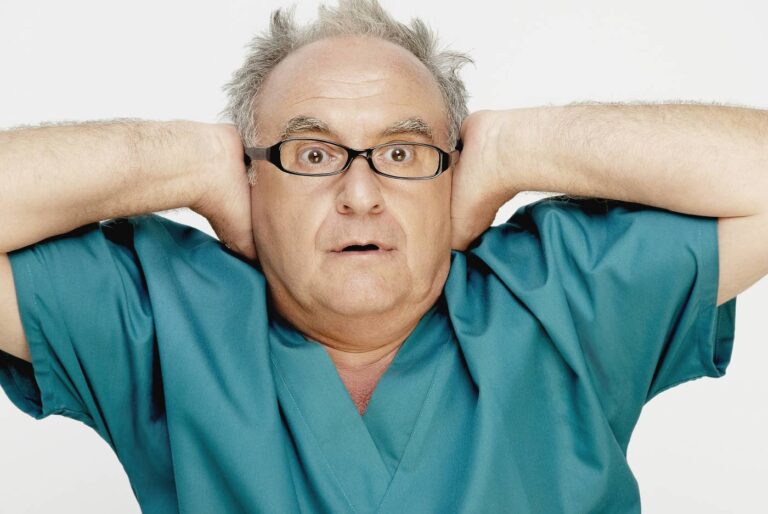 I am Not Ready!
"No way am I moving! I have only fallen three times.""I am not ready" - it sounds like a mantra. But I am not just talking about seniors in need; I ... 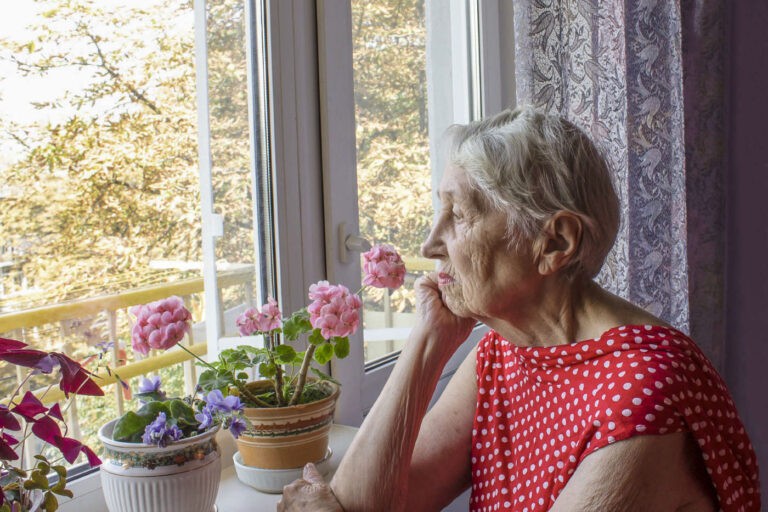 Tips for Fighting Senior Adult Depression
Across our country, senior adults are facing unprecedented levels of depression. The root causes of this problem can vary but often include social isolation, health problems, and grief from the ... 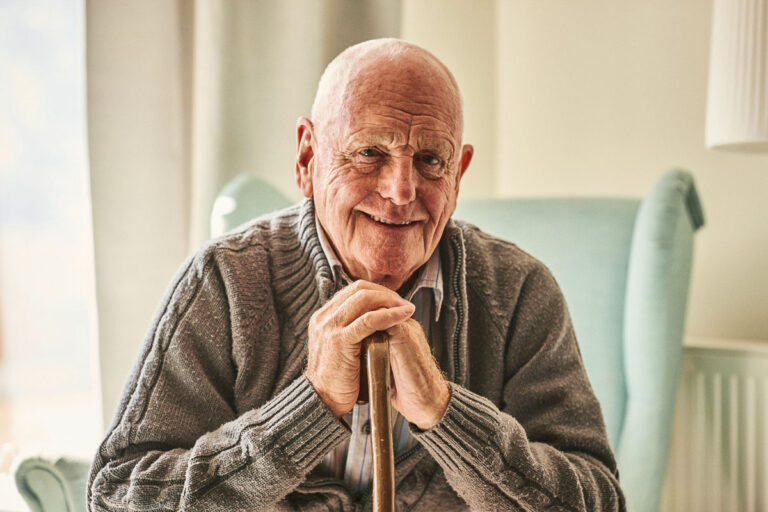 5 Tips for Having “The Conversation” About Assisted Living
Aging loved ones can face many challenges. One of the most difficult challenges is talking about their living situation.  This discussion can be incredibly emotional if they have been coping ... 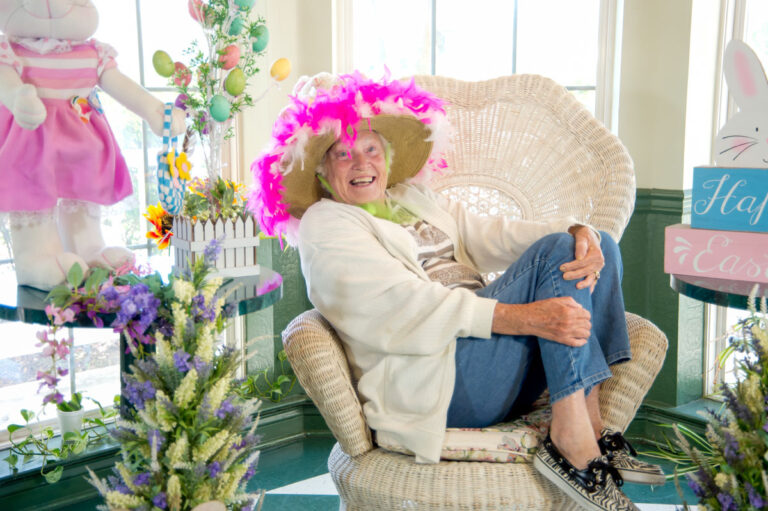 When Happiness is a Choice
By Greg Deris, Owner A Sense of Community is Inevitable My good friends Merriam and Webster, define a community as an interacting population of various kinds of individuals in a ... 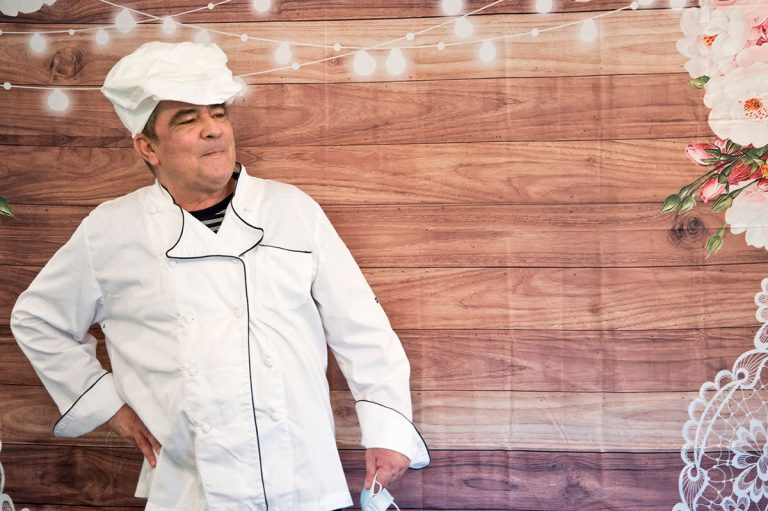 5 Tips for Having a Successful Visit to an Assisted Living
So you’ve made a few phone calls and gathered some information. You may have even toured on your own and now it’s time to bring your parent on a tour ... 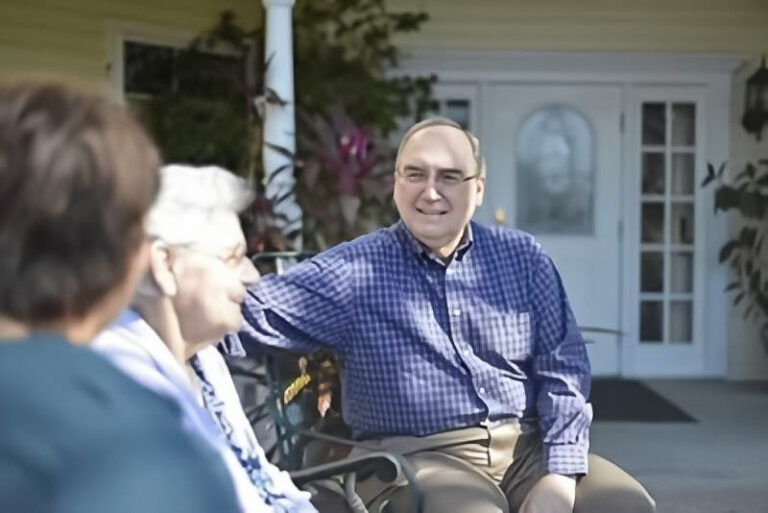 Old People 101
“I could never do what you do.” At least once a day, someone says those words to me. I was raised by a nurse who cared for the elderly and ... 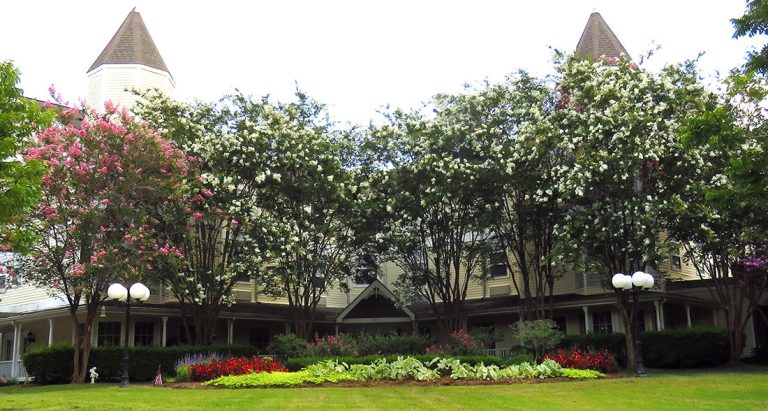 Finding a Place
I bought a house the other day. It was so easy! I found this service online that promised to find the best house for me. They seemed to know all ... 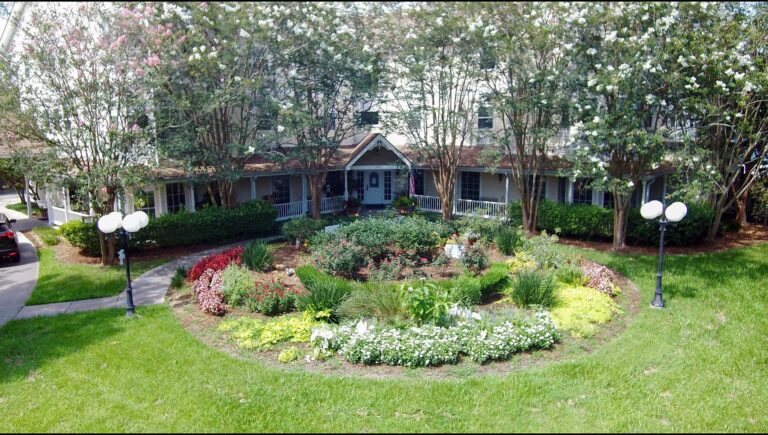 Welcome to St. Francis Villa
St. Francis Villa is truly a community. We enjoy our beautiful surroundings with residents, caregivers, and visiting family members. We hope this information is a blessing to you whether you’re ... 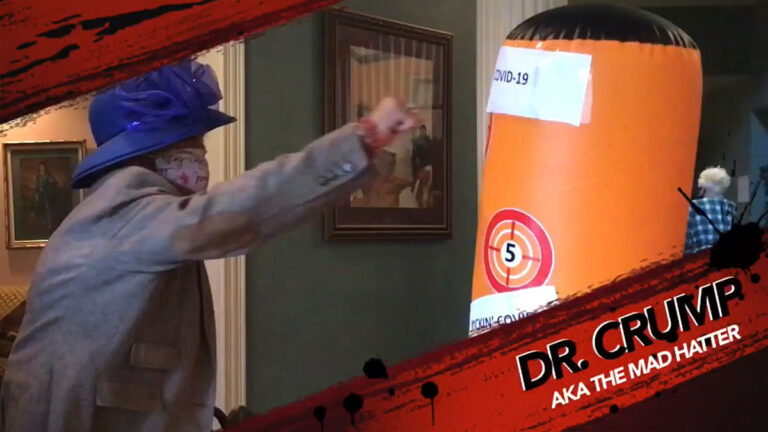 St. Francis Villa is winning the fight against COVID-19!!! 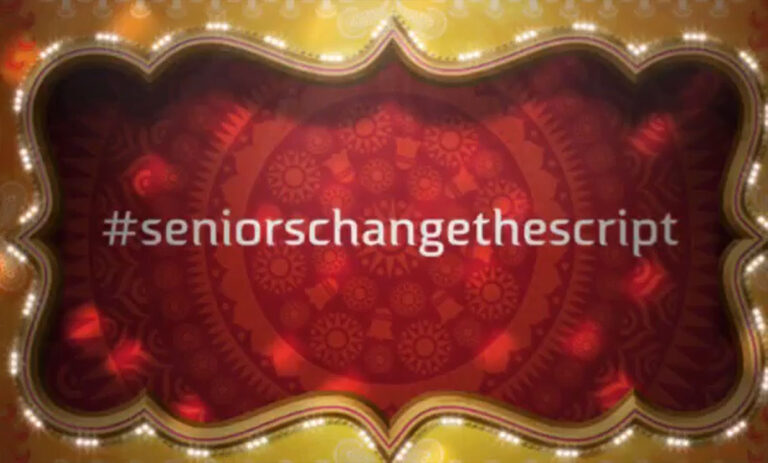 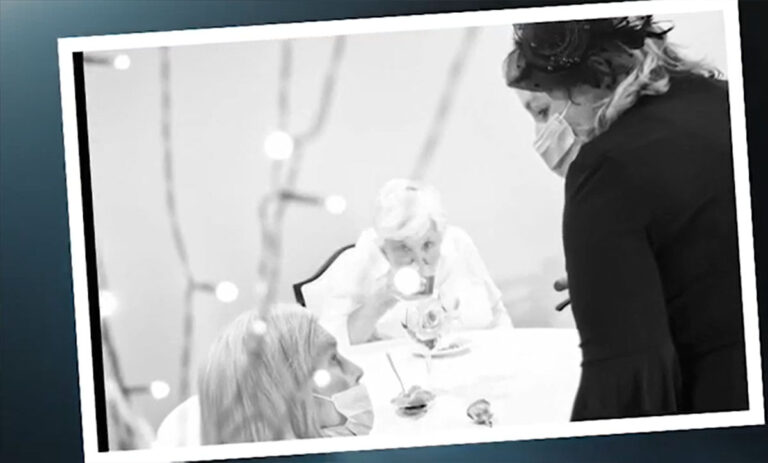 Never Too Late to Let the Real You Shine Through!
Take a look at the personalities and styles of our fabulous residents! https://youtu.be/Y_f5IIqyi6E